Portugal had the highest rate of positive
investment intentions across Europe

Portugal does not fail to surprise international investors. In 2016 alone, this country that is bathed by the Atlantic Ocean, had the highest rate of positive investment intentions across Europe, with recording 59 new Foreign Direct Investment (FDI) projects. In 2018, we are already on our way to the third consecutive time for the main technology conference – the Web Summit – is hosted in Portugal, placing the country on worldwide startups radar. From 2300 startups that currently exist in the country, 34% are foreign, which reinforces Portugal’s position as a must-be market for investors.

“EY Portugal Attractiveness Survey 2017 – Portugal is on Europe’s radar” is a study by Ernst & Young that shows how international investors look at Portugal. Among the main investors of the 59 new projects that arrived in the country, are Germany, Spain, and the USA. In addition to being the European country with the highest rate of positive investment intentions, reaching levels equivalent to those of 2008, Portugal also stands among the three European countries with practically no restrictions to the FDI (Economic Bulletin of the European Central Bank).

A country at the forefront of digital innovation

Tourism, information technologies, and communication are the sectors that move the future of economic development in Portugal, but it is mainly that of technology that attracts investment. When we speak about the Web Summit, we speak about Lisbon, Portuguese capital that becomes the ultimate global technology hub during the event, placing it in the centre of the world. It is already becoming one of the largest European technological centers and was awarded the title of “European City of Entrepreneurship”, in 2015.

According to an article in Forbes magazine, Portugal has:

And, in 2016 alone, there was an increase in contracts of:

With startups making profits around:

This Forbes article also mentions that the “rise of startups is encouraged by easy access to investment”. In fact, the country has been increasingly appearing on the world scene as one that offers unique conditions for investors, namely regarding social stability.
This is one of the reasons that led companies like Microsoft and Google to develop projects in the country. The latter has already made significant investments in the country, which have already created hundreds of jobs, and wishes to continue investing in a pilot-project that aims developing Android technology.

According to the EY study:

But apart from almost zero restrictions on FDI, what makes Portugal an attractive country? 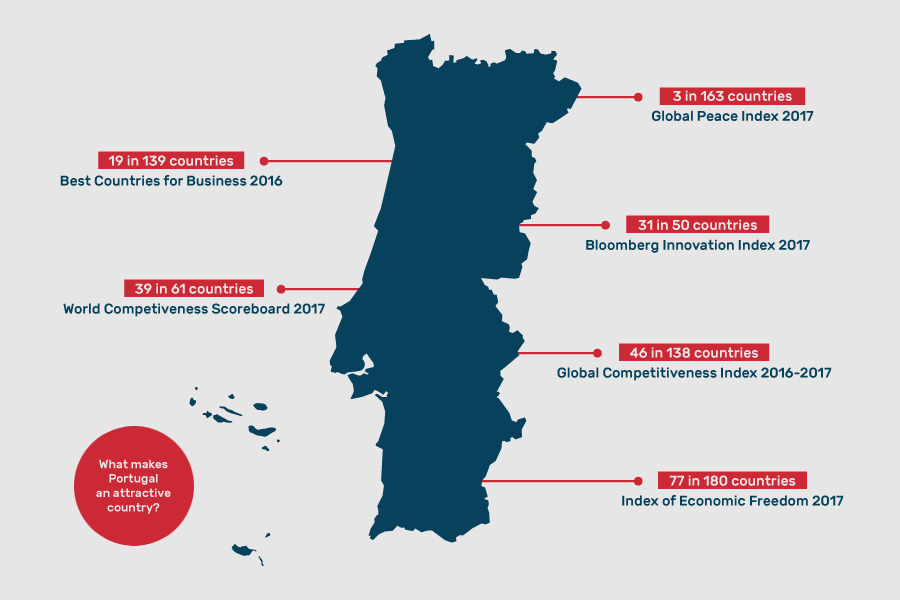 Besides these rankings, Portugal also appears in good positions in the World Bank’s “Doing Business 2017” report, compared to 190 countries:

The Portuguese are tolerant people, who work very well with multicultural teams and with whom it is easy to do business. Investors consider that the country’s resources, whether at the level of structures or people, are qualified and flexible, and that labour costs are competitive.

The Portuguese economy is regarded as driven by innovation, with:

Privileged position in the world 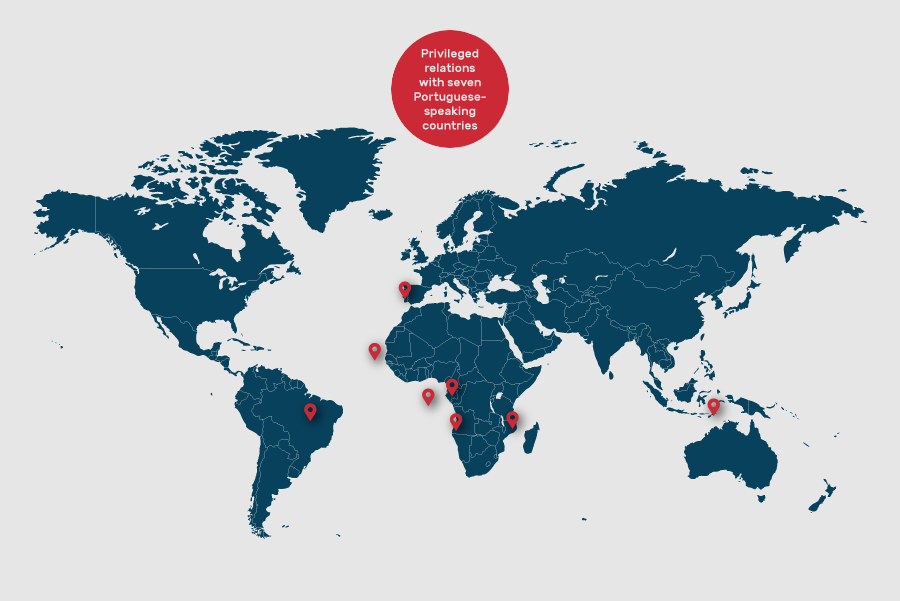 One of the main reasons that makes Portugal a good country to invest in, is its geopolitical position.

Ever since ancient times Portugal has benefited from its geographical position as a gateway into Europe and as a port for the Atlantic Ocean. The airports of the main Portuguese cities, Lisbon and Porto, have daily flights to most European cities; Lisbon has privileged connections to Africa and Brazil.

Basically, when doing business in the country, investors have at their disposal a market with more than 500 million people in Europe, and 260 million in countries whose official language is Portuguese.

Invest in Portugal with GPW. We do the homework for you. Contact us now!