Spend the golden years peacefully and without worries

The pleasant weather and a real estate market full of opportunities are just some of the numerous reasons that make retire in Portugal one of the top choices for those whom to spend the “golden years” peacefully and without worries.

Portugal is considered the sixth best country in the world for expats, according to the Expat Insider 2018 and the data speaks for itself. There are dozens of testimonies of people that chose Portugal to be their new home, especially to spend their “golden years”. Of the over 400 thousand foreigners that live in Portugal, over 20 thousand live under the non-habitual resident regime, or RNH in the Portuguese acronym; not forgetting that a large part of those 20 thousand is retired people that do not pay taxes during the first ten years of residency in the country.

Those who decide to spend the retirement in Portugal say that, above all else, the fiscal benefits are one of the main reasons for their choice, one of the significant advantages of the RNH regime.

What is the RNH?

The fiscal regime for non-habitual residents, ou RNH, is a regime mainly for foreign citizens, in working life or not, that stay in Portugal for at least 183 days a year or have their permanent residence in the country. In case their incomes (dependent or independent work, but considered of high added value) are made in Portugal, they have to pay a 20% tax in the IRS for ten years. However, if the incomes or pensions, in the retires case, are from a foreign source, they do not pay taxes during those ten years.

Who decided to retire in Portugal?

The French population resident in Portugal represents a considerable share of the foreigners living in Portugal, with over 50 thousand expats. The Le Monde newspaper mentions that between five to seven million French people move to the country every year, and Lisbon is the favourite destination. Most of these expats are people in the retirement age that enjoy the RHN regime. In this case, during the first ten years living in Portugal, the pensions they receive from the French state are not taxed, which means that they receive the full amount of the around 1400 euros of the average French pension.

However, the French are not the only ones. A Swedish couple, Michael and Mita Zell that lived a wandering life because of their jobs started their search for their retirement in Nice, France, mostly because of the weather, but they did not enjoy the social environment. Thus, Lisbon became the obvious option for the couple. “The experiment was the complete opposite: double of the hospitality and half the prices, in houses, food, drinks, in everything. Moreover, we had many friends in France, and the road was already paved… We decided to give Portugal a chance, and this is our adventure!”, said the couple to the Portuguese newspaper Observador.

Living in Portugal by five years already, they admit that do not want to move again, even after the 10 years of no tax payment: “We’re not going anywhere, what Portugal may have lost in the first 10 years (which in fact the country did not lose, Sweden is the one that lost), it will win after”.

Another example is the one of Pekka and Tuulikki Ranta, a Finnish couple that is currently in the process of moving to Belém, in Lisbon. They lived in many other regions of the country but fell in love with the Portuguese capital. The motive that led them to move was to save their collection of 10 thousand orchids, “the second biggest in Europe”, that Pekka collects since she was 15. The most significant part of the collection is currently in exhibition in the Jardim Botânico da Ajuda, and the couple no longer has to pay the astronomical electricity bills that they needed to keep the orchids alive because Portugal has no shortage of sunlight.

The low cost of living was also one of the reasons that brought them to the country. “In Portugal, when we drink a coffee and eat a cake we pay 1,50 euros, in Finland, we pay 15 euros – and in Sweden is the same or worse. That’s what the politicians should worry about!” 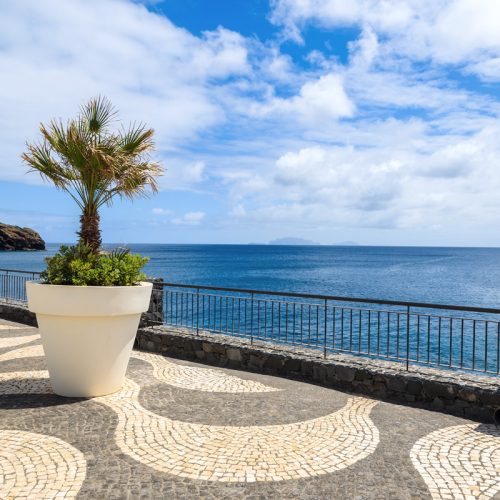 The search for Portugal as a destiny to live in has many origins. Families of several continents approach GPW because they show interest to live in the country. For example, a Finnish family, with three children studying in the European Union, has the goal to retire in the South of Portugal.

However, it is not only people from countries with few hours of sunlight that want to come to Portugal. A Brazilian family wishes to give their youngest son the opportunity to study in Portugal, following the footsteps of their eldest that has studied in the European Union, namely in the United Kingdom. On the other hand, they look for more safety and stability.

To study in Europe is, in fact, the dream of many young people, but for families from faraway countries, it is difficult to stay away from their children for long periods of time. Such is the case of a South African family that wants to invest in a real estate property in Portugal that can generate profit and make their life more manageable for when they want to visit their children, but also to become a residence to retire.

The most different reasons – family, safety, weather, financial – make to retire in Portugal a solution increasingly sought by many families.

Choose to retire in Portugal with GPW’s help!